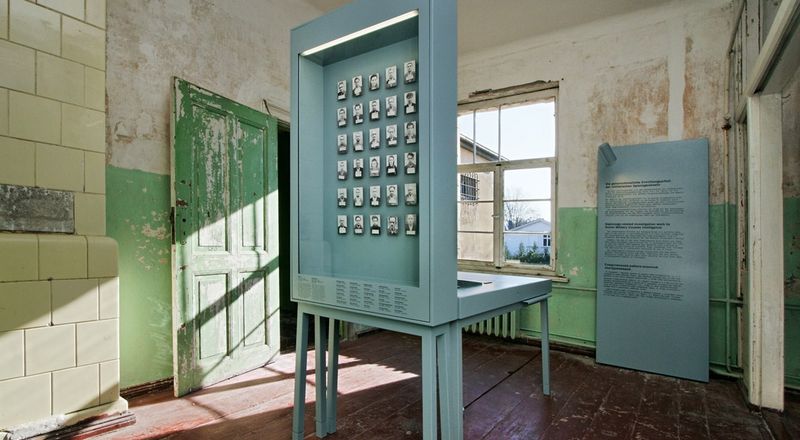 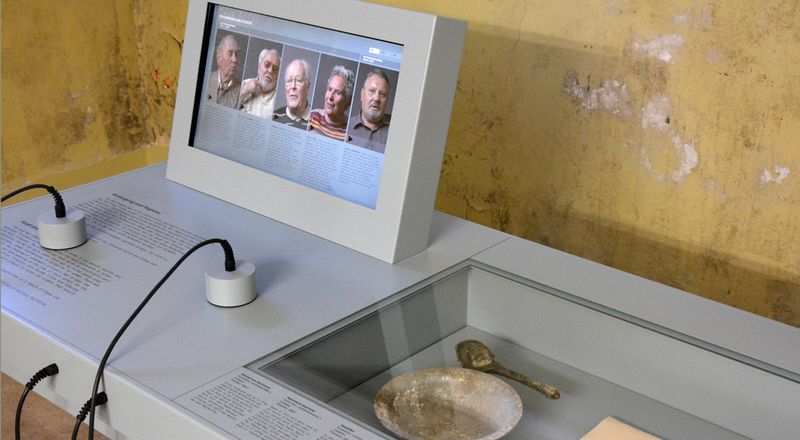 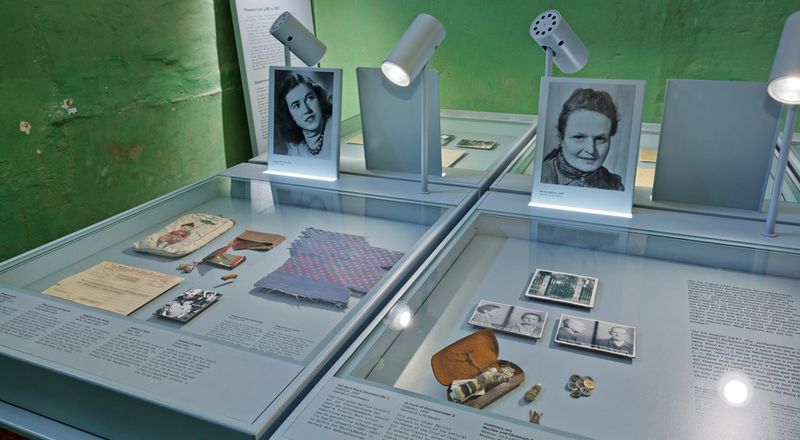 Impressions of our permanent exhibitions

All three floors of the former remand prison of the Soviet counterintelligence service are occupied by a permanent exhibition that presents the eventful history of the place and the personal fates associated with it. The memorial's main exhibit, however, is the historic prison building itself, which has been preserved almost wholly in an authentic state. The communal cells and sanitary facilities on the two upper storeys mainly give an idea of prison life in the 1970s, while the bleak cells and wooden plank beds in the basement testify to the harsh conditions imposed in the late 1940s and 1950s. Particularly impressive are the graffiti preserved on the cell walls, which reflect the despair of people stripped of all their rights.

Rare original objects, numerous historical photos, and comprehensive multimedia kiosks bring alive the history of the place in the context of the Cold War. In eyewitness interviews, former inmates talk about their personal experiences and describe arrests, interrogations and prison life.

Fifty biographies reflect the diversity of backgrounds among the prisoners. The military counterintelligence service was responsible for protecting the Soviet army from espionage and sabotage as well as ensuring that the troops' morale remained high. To this end, it interned people here in alleged or genuine connection with military espionage, desertion, and other disciplinary or criminal offences. This function of the prison, with its strong focus on the Soviet troops, distinguishes this place from all other former Soviet detention facilities and camps in the Soviet occupation zone / GDR that are now memorial sites.

Tour and topics of the exhibition 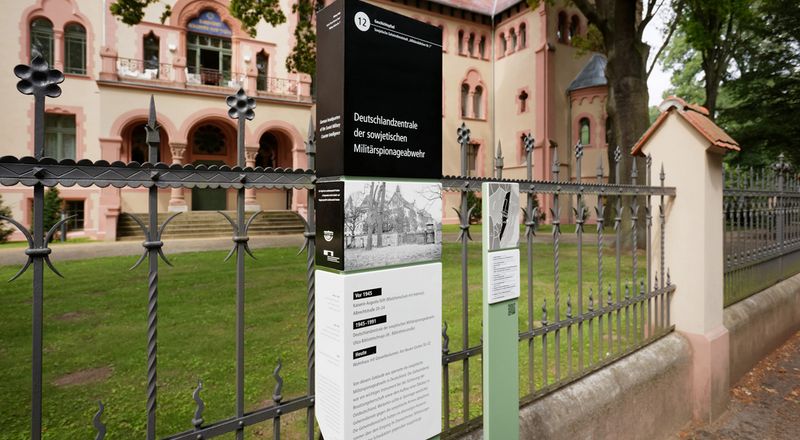 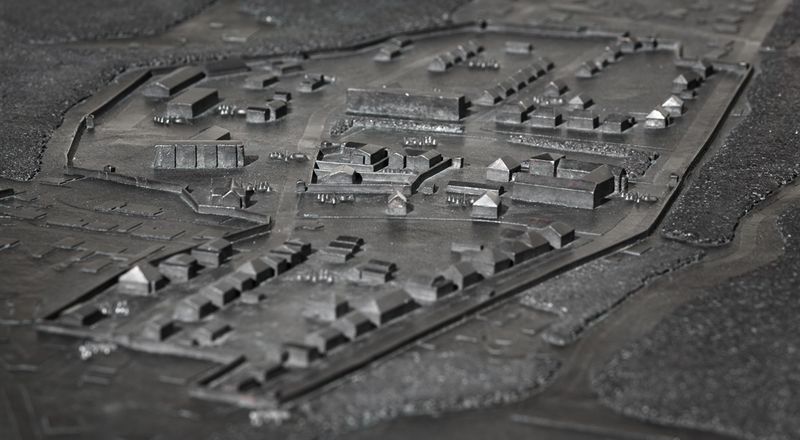 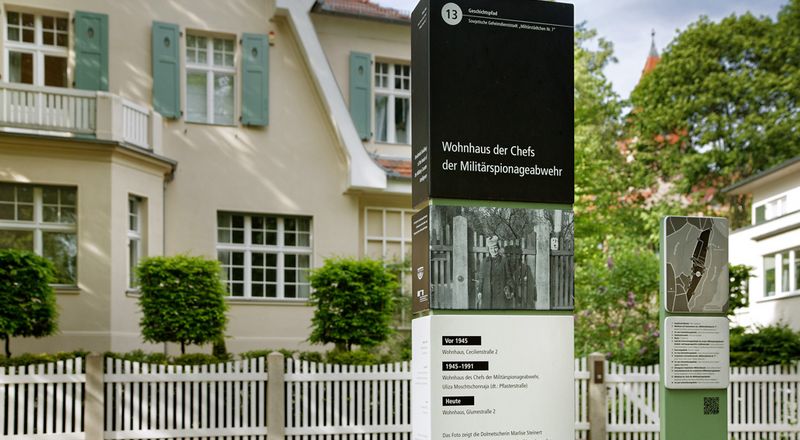 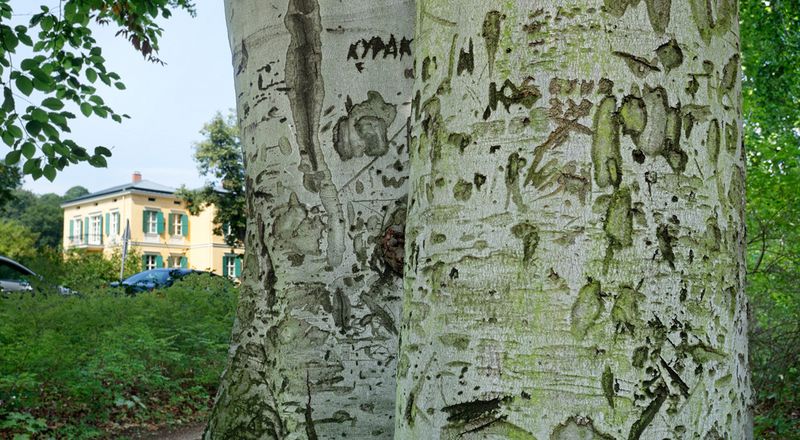 Impressions of the history trail

A trail with fourteen information pillars introduces visitors to the remnants and traces of the former secret service base "Military Town No. 7". It is a journey through the history of one of the Soviet Union's most important outposts at the interface with Western Europe. The route leads past the former German headquarters of Soviet counterintelligence, the residence of the intelligence chief, and the barracks area of the KGB guards battalion, among other places. The structural remains of a large monument complex and of the security installations of the "closed town" are also revealed. The changing appearance and uses of the buildings and other facilities on the tour are illustrated and explained on the information pillars by historical photos and texts in German and English. The pillars also bear QR codes offering access via smartphone to background information, photos and eyewitness accounts.

The scale model of the neighbourhood in the courtyard of the memorial makes an excellent starting point for the trail. In the visitor information centre, you also get a flyer with an outline map showing the positions of all the information pillars on the history trail.